Baton Rouge Police: Black woman accused of trying to run over female, but hit tree instead

"What police say was an attempted murder-by-vehicle last month that was thwarted when the car hit a tree, led to the arrest Wednesday of a woman accused of trying to kill a female.

Deon Pullins, 40, drove a black 1998 Toyota Camry through a fence and straight at a female on May 11 at 4:12 p.m., according to a Baton Rouge police report. The report does not say where the incident happened or how old the victim was." 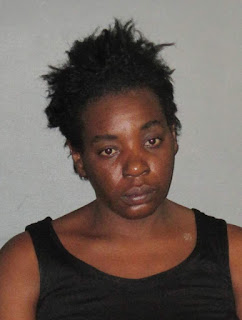