"CHICAGO (SUN TIMES MEDIA WIRE) - A man has been charged with two armed robberies last month at a CTA station on the Near North Side and in the Lake View neighborhood.

Alphanso Talley, 18, faces three counts of armed robbery and two counts of aggravated robbery, all felonies, according to Chicago Police." 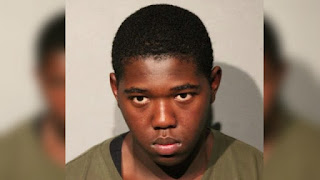