Black man denied bail after being charged with attempted murder

"Mardaris Tavaris Brown, who also faces charges of possession of a firearm by a felon and possession of a firearm during a felony, had been arrested after a brief foot chase. Authorities said Brown was attempting to flee police in a Nissan Versa, crashing the vehicle near the intersection of Water Tower Road and North Congress Avenue." 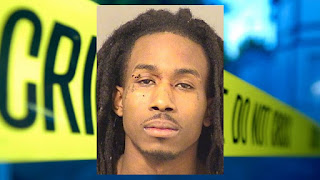