"Police said they're searching for 23-year-old Deddrick Davonte Hill on suspicion of first-degree murder. Police said he should be considered armed and dangerous.

Hill is described as a 6'2 black man who weighs about 160 pounds with black hair and brown eyes. Police said they identified him as a suspect after a death investigation." 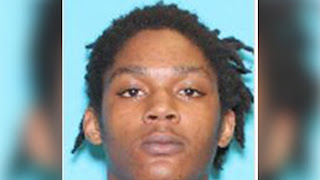