According to police, the victim posted his apple watch for sale on the website "Let Go." He says he was then contacted by Jaquesz Oliver, Desmond Jackson, and Kamal Calloway, saying they were interested in buying the watch." 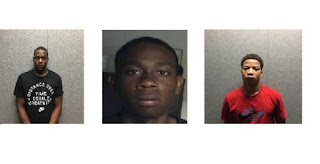