"Ronny Porter Jr., 25, allegedly robbed four gas stations and convenience stores in Oakdale, Maplewood and North St. Paul on Sept. 28 and 29, brandishing a gun and demanding cash in each robbery, Oakdale police said. He is being held at the Ramsey County jail on multiple charges, according to a news release." 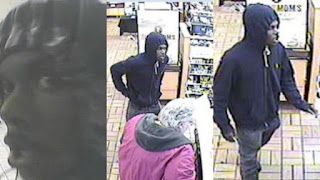