"Just after 8 p.m. Sunday, officers were called to the Kwick Stop near East 61st Street and South Peoria Avenue after a store employee banned 18-year-old Darius Padillow from the property. After police arrived, Padillow walked away from the scene, but when TPD officers walked back toward their vehicles, several shots rang out." 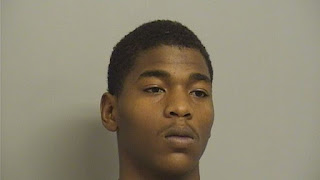